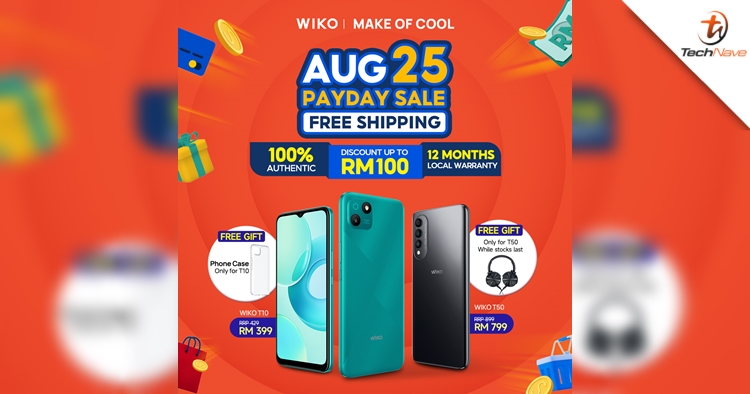 WIKO had successfully entered the top five best-selling smartphones with the recently launched WIKO T50 and T10 during the Shopee 8.8 Sales. To give back to its fans, the brand will have another promotion for the mentioned devices during the Shopee PayDay sale on 25 August 2022.

On that day, the WIKO T50 will have a promo price of RM799 instead of RM899. Meanwhile, the WIKO T10 goes as low as RM399, with the original price being RM429. It’s worth mentioning that WIKO has partnered with Genesis Millenium Falcon Sdn Bhd (GMF) as its official after-sales service provider in Malaysia. With that, the devices will have up to one year warranty, including the main product, batteries, and even…